Home Culture Are we overworking? Karoshi in Japan 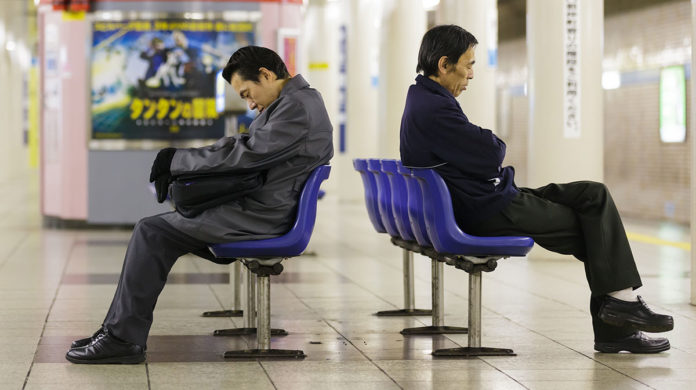 Ever heard of people committing suicide because they feel they are working a little bit too much? How about working over 100 hours too much each month? Why not take a break? Well.. In Japan this is a large problem, thousands of people are committing suicide each year due to overworking. Japanese have a word for this – Karoshi, which means Death From Exhaustion. Every fifth company in Japan has this problem, but what about the other countries? We will look into Denmark, France, and Japan. Asia is a completely different story from Europe when it comes to culture. In Japan (as well as other Asian countries) a lot of respect is given to the company and to the boss, sort of “Thank you for employing me”. This respect puts the employee under a lot of pressure and his gratification leads to overworking as the employee tries to overperform. Japan in comparison with Europe has the most lifelong employment rates and seniority systems. Some might say that in the 21st century this is already in the past (or should be), yet this is still a great issue.

It is strange that such successful country only now starts to rethink cultural norms, in 2017… From a business perspective, I can see how this was hidden as much as possible because as a corporation I would be interested in my employees working unpaid hours just to prove a point to themselves and bring some greens into my pocket… Cruel but honest… Especially if this kind of attitude is in the culture for many years, why not to use it?

The real question here is if Karoshi will be seen as a national problem and changes will be made to change this mentality. Let us have a look where is Japan in terms of overworking hours on a Global scale?

We can see that Japan is not the only country which is overworking. Mexico, Costa Rica and South Korea are in the top 3. We can see Japan having 1700 hours worked a year and Mexico with over 2200 hours a year. Isn’t it crazy?

Germany, Denmark, and Norway are the least working countries on this list, and statistics show that these working hours do not affect the productivity of the employees. These countries are as well known for good work-life balance, including flexible schedules. Scandinavian countries see overwork as an indication of poor planning, which I absolutely agree with. This proves a point, the countries that have high overworking employee rates need to look into their labor laws because one day people will take action which can affect the large corporations.

Why is Denmark not overworking?

As a very cold and proactive country, Denmark was experimenting for many years with working hours which led to some success in terms of working hours. Some of their trials included working for six hours a day, which is amazing in my opinion. These 6-hours working days were implemented in a nursing home, where for two years, and it was proven to be very good both in quality and working conditions. This means that the motives and reasoning have to be changed for having shorter working hours as this only benefit both the employee and employer.

The majority of females which are working in the welfare sector are part-time workers that work in home care and take care of elderly people. The government started looking into that and found out that the reason for them to be working part-time is that they do not really feel that they can work full-time due to bad working conditions. From a government perspective, this is an important part, because this is not an individual problem, but a collective trend. One of the solutions of the Danish is to keep the same payments and shorten the working day while the focus on improving the working conditions of the employees. France as a European country that should not be dealing with overworking problems that Asia is dealing with. It is one of the least overworking countries thanks to the changes in the labour law during the last decade, but how exciting is it that France is the champion of suicides at work? Every year around 500 people are committing suicide due to working conditions, and this has been a constant number during decades. But how could this happen? Back in the 80s France was going through the process of de-nationalization and reorganization of companies. This was done in order to have the modern international standard of management techniques for the private sector. This was a great shift, but some very important parts were not explained to the workers and to the management. These techniques were focused to make their companies more “fresh?”, and to start a movement to more globalized methods in which corporations would work.

So, everything is done for the greater good, right? Not overworking… Well… The working conditions were the issue. There have been many examples of French companies where bosses were demoralizing their employees in order to get them out of the company. In 2006 when the Brussels regulation kicked in, companies had to cut 1/3 of their workforce, and that is where the real bullying began. Corporations were demoralizing their employees in order to make them resign and surely enough, there were many suicides over the years.

As we see, this has nothing to do with work hours and more with the climate at work. The fact the climate struggles is because the French have a strong attitude towards the hierarchical which makes it easy for executives, middle-class managers to continue bullying and get away with it. These actions can be punished by law, which means if the former manager in somehow mistreating you, you have the power to take legal actions against him.

Coming back to the overworking… We clearly see that work week is not the case when it comes to suicide, it is the working environment and climate at work.

What should be done to avoid suicides at work?

Due to all there somewhat wrong choices which were made by the companies that led to these disasters, clearly better monitoring is required. As well as not being silent in similar cases, as these problems can cause someone their lives, which is a good enough reason to bring it to the table and speak about it.

France and Japan both have very strict laws on how to employ people and hot to fire them, but this is not enough. Governments are trying to tighten the way employers treat their subordinates, but this should be a combination of things because we are living and working in international environments where some cultures are more sensitive than others.

Work-life balance has to be established by the companies, especially large corporations. By keeping their employees happy and satisfied, the corporations can save a lot of money in the long run and create a great corporate identity. It was already proven that long working hours and pressure at work does not increase productivity, so why bother pushing this agenda? Makes no sense to me…