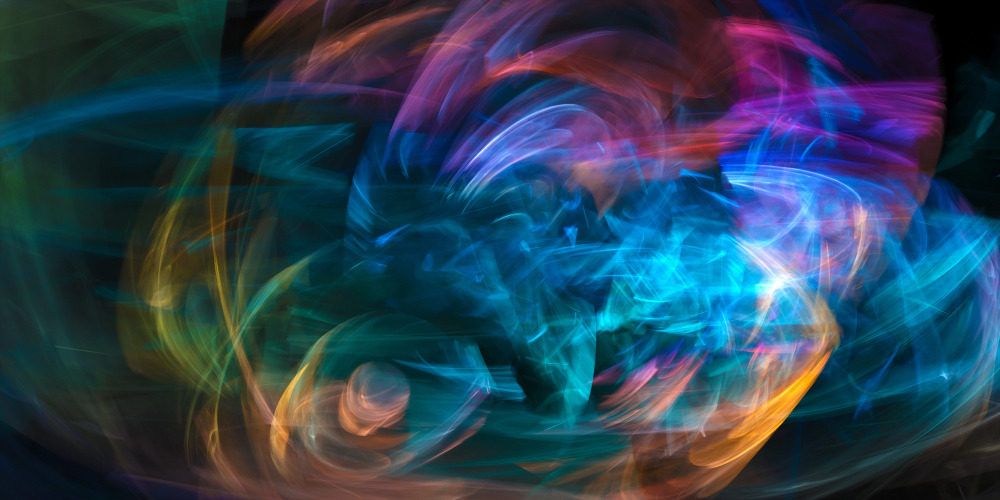 “Synesthesia” or “Synaesthesia” comes from the Greek expressions syn, which means “union” and aesthesis, which translates to “sensation”. Putting these two words together would translate to something similar to “union of sensations” or “union of senses”. It is a condition in which the stimulation of one sense triggers another one. For example, a person with synesthesia (i.e. a synesthete), could hear music and, at the same time, sense color patterns or swirls. The condition differs from a hallucination since it does not stop individuals from seeing.

There are up to 80 types of synesthesia and each of them involves a different combination of senses. In addition, there are also researches that consider other connections and/or associations as types of synesthesia. This, for instance, could include relating objects to genders, personalities to numbers, or assigning spatial locations to months and days.

So… What causes synesthesia?

Synesthesia is intriguing for both scientists and neurologists. It is a biological phenomenon that is different from both hallucinations and metaphors. There are several different theories that try to explain what causes the condition. Unluckily, its true causes are still unexplained.

One of the theories trying to explain synesthesia, proposed by researchers at Cambridge University, suggests that the condition is the result of “an overabundance of neural connections”. According to the research, in non-synesthetes, different senses are usually “assigned” to different modules in the human brain and there is little co-communication between them. In the case of synesthetes, there is apparently communication between the different modules. Researchers at Cambridge University also studied DNA from different family individuals with synesthesia. There was one commonality between them: they all shared a gene enhancement regarding cell migration and axonogenesis (i.e. the process in which brain cells link to their partners). Other researches also believe the condition is more common in women than men. This has led them to speculate that the condition is related to the X chromosome.

Other theories state that everyone is born with the necessary neural connections to allow synesthesia, but that the condition fades away as people grow older. In this same theory, it is believed that children experience the world in the same way synesthete adults do. A variation of this theory suggests that babies do not have five senses, but one that puts together the whole amount of stimulation they receive.

There are also theories that state that synesthesia may be learned through training or hypnosis; that synesthesia is only the result of learned associations created by synesthetes; and that it may arise when children are going through tough learning tasks. Some other people might experience synesthesia while doing psychedelic drugs, after having a stroke, or as a result of blindness or deafness.

An official method for diagnosing synesthesia does not exist. However Richard Cytowic, a neurologist, author, and researcher, developed a series of guidelines to help recognize the condition:

There are more than 60 types of synesthesia. Most synesthetes experience at least two forms of the condition.

Who has synesthesia? Famous synesthetes

Research done by the University of California has shown that synesthetes tend to have higher levels of creativity than non-synesthetes. This can be perhaps proved by the large amount of artists that claim to have the condition.

The list of artists with some sort of synesthesia includes people dating back to the 1800s. Examples of synesthetes include Wassily Kandinsky, a Russian painter born in Moscow in 1866. He started being fascinated by colors from a young age and could hear a hissing sound when playing with paints in his childhood. For him, music and colors were tied to each other and each note represented a specific color hue. Kandinsky used colors, lines, shapes, and textures to create a “rhythmic visual experience”. His pieces are now exhibited in museums all around the world. Some of his work has also been animated in modern times:

Some other examples of synesthetes include Amy Beach, an American composer born in 1867. Beach associated color and tone. For her, C Major was white, E Major was yellow, G Major was red, A Major was green, Ab Major was blue, Db Major was violet, and, lastly, Eb major was pink. F-Sharp and G-Sharp were both black. Ever since she was a child, Beach would ask for music pieces by their color (i.e. she would ask her parents to play “blue” or “pink” music). Furthermore, when someone dared to transpose one of her songs, she would state the person had devastated the mood and character of the piece due to the very specific color and key associations she had designed when writing the song.

Artists have stated they have some sort of synesthesia in recent times as well. Lorde and Kanye West, amongst others, have talked about the way the condition affects them. In the case of Lorde, she can see certain colors when she hears specific notes. The NME reported a Q&A in which the artist explained there’s even been cases in which songs feel so “tan” that she has decided to work to make them “green”. She has talked about her condition in several interviews:

According to Pitchfork, Kanye West sees pianos as being blue, while bass lines are brown and purple. Furthermore, he also talked about the condition on an interview with Surface Magazine in 2016. In this interview, Kanye even stated he has paintings and drawings from high school in which he was trying to show what the sounds surrounding him looked like.

There are also some smaller artists that create and sell canvases representing certain songs visually. An example of this is Melissa McCracken, an artist from Missouri. McCracken translates a song’s tempo, notes, or chord progression to shapes, colors and textures to create extraordinary paintings:

If you would like to know if you have any type of synesthesia, there is an online test you can take. In the meantime, there’s more culture-related articles you can read here.