No doubt, the history of body art falls back several centuries, and over the centuries, the tattoos have a significant place in the lives of people. Ethnographic and historical texts also divulge that every human culture has practiced tattooing during some part of their history and are taking a new form in modern time.

The history of tattoos and the word tattoo comes from the Tahitian word “Tatu”. Tatu means is to mark something. However, it is claimed that the history of tattoos on the human body has existed since 12,000 years BC. The purpose of inking body varies from culture to culture. The trend of inking your body is not new but the culture, the social revolutions have a significant impact on what styles one should choose to get inked.

According to Research, the trend of getting permanent marks has been evolved a lot in the last years, transferring from an underground culture, sordid practice to a middle-of-the-road, blasting and mainstream industry. We can see a drastic change in the ways of getting inked, the designs and the purposes.

Anyhow, let’s have a look at how tattoos have changed over the years, and especially over the last century in the USA.

Well, at the beginning of 20th century, tattooing was considered as a seedy act and was only related to those people or a society which perceived as an insalubrious one or to others like sailors, circus freaks, prisoners, etc.

That is true to some extent because at those times it was common for some social groups to ink their body. For example, sailors were using (and sometimes still use in some cultures) tattoos as a symbol of their traveling or to showcase nautical tattoos. One is very popular which everyone knows and is an anchor. All tattoos related to this field had specific meanings in the nautical community. Another great example is a swallow tattoo which was used a lot by the sailors who had traveled over 5,000 miles. Similarly, a turtle tattoo was used by those people who have crossed the equator as a status of completion.

In those days, tattoos were not an art form or a common practice, therefore people used to pay thousands of dollars to see people with full body tattoos in a freak circus. This is a great example when it comes to contrast what tattoos were representing back then and where they are positioned nowadays in our lives.

Another other reason for rejection for having tattoos was the fact that they hurt like hell and were usually made in a not very sterile environment which was causing many infections and even deaths. Tattoos were done in a very old and traditional way with a “Stick-and-Poke” method. Not everyone was able to survive such high levels of pain.

The evolution of tattoos happened when in 1904 Charlie Wagner invented the coil and the tube tattoo machine 1904. making a tattoo became a less painful act, and a large number of aficionados were ready to tattoo their bodies.

There was no acceptance of getting inked back in those days, nevertheless, World War II enabled men to show their love, respect, and patriotism toward armed forces. Men in the 1940’s were able to easily get tattoos to honor their services. However, women were also at war, that made is acceptable to make tattoos to show their love towards their nations.

That was the time when getting inked was no longer for circus freaks as it was becoming a practice among the society. it was the beginning of a new art form which was exposed, endorsed and started being loved by many.

The most famous tattoos at that time were of Sailor Jerry tattoos. Yes, these were the simplest, two dimensional and colorful design tattoos. I found a few examples below: 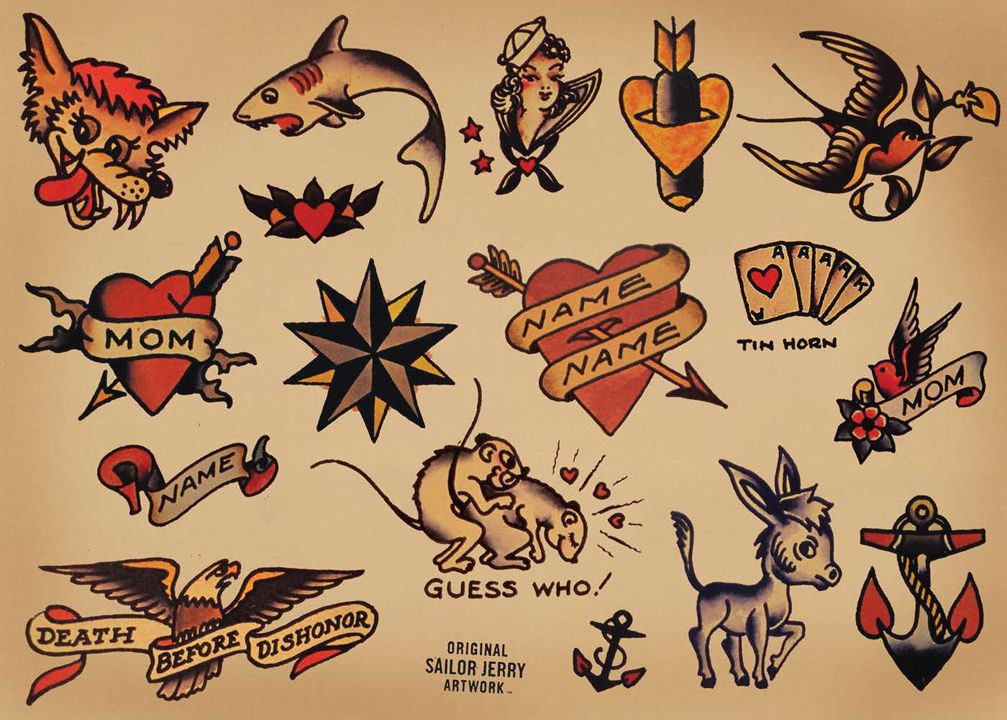 The downfall of tattoos in the 1950’s

In 1950’s tattoos lost all their charm and went back to their original roots which were the underground practicing of the art. It was basically the post-war period when the United States chose a more conformist society where the focus was on different social issues.

The 60s can be referred to the middle age of tattoos. This was the time of various campaigns due to the Vietnam War and protests for women’s rights. Thwas wa the peak of the revolution for that time. People were more aware of the civil right movements in the United States, rock and roll was the devils music, TV was a magic box etc. 60’s were the times when the society was disturbed by cultures and at that time tattoo industry started reflecting that rebellious spirit of people which started to split themselves into subcultures, social classes and categories.

However, many people were not in favour of the Vietnam War, and many people were raging against all sort of injustice. So in that beleaguered era, the only thing which was getting popularity day by day was the “peace sign tattoo”.

It was the time when tattoos start gaining popularity and becoming convoluted in the 70’s. The trend of getting full-sleeve tattoos was at a hot note. And the artwork itself became more detailed. So the art took a step into the right direction where people became aware of shading, shaping and creating depth in their tattoos.

But there was no option of getting tattoos of your choice as people had to pick from the drawings that parlor offered them. However, the most iconic, famous and eye-catchy tattoo of that time was Janis Joplin’s tattoo.

Yeah, that was a wrist tattoo which was featured on the cover of Rolling Stone and encouraged most of the women to ink it. 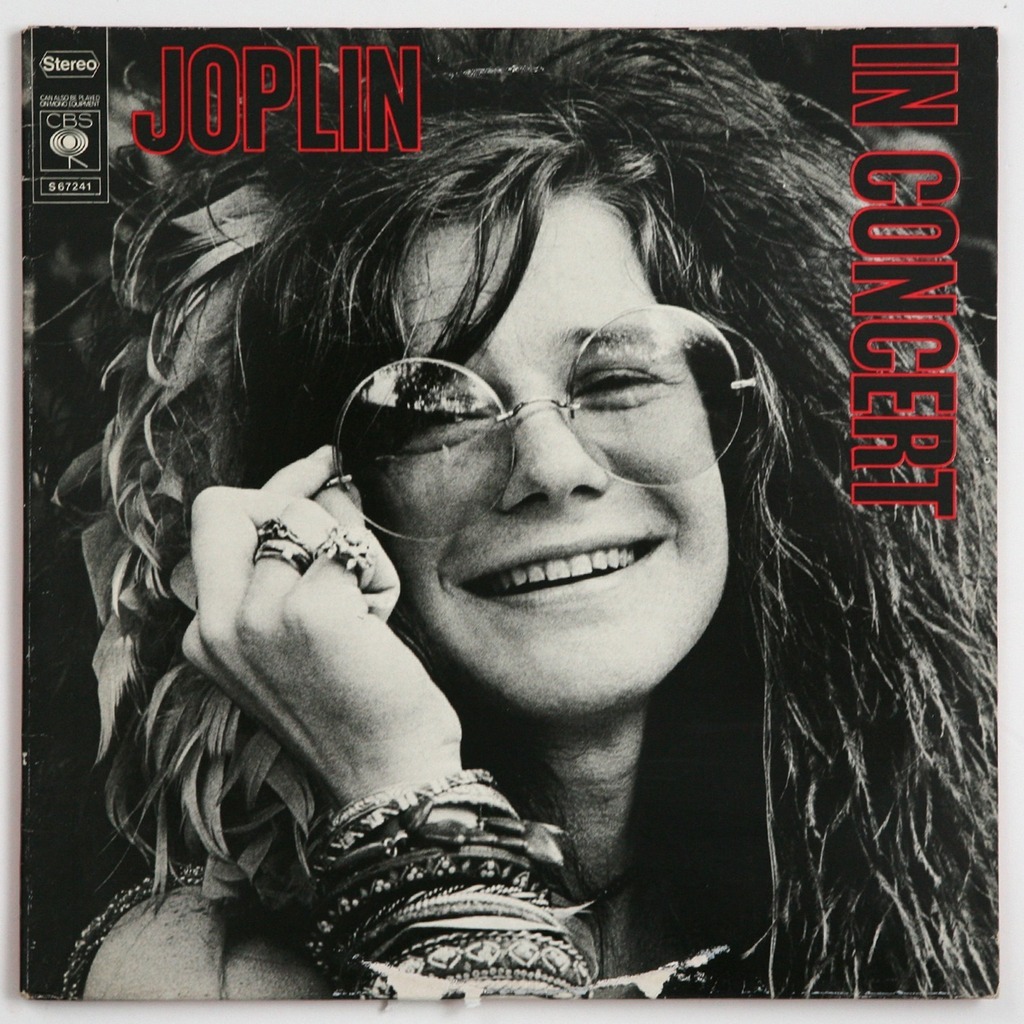 In the 1980’s, the trend of having long hair and tattoos was trending like never before, and the biggest reason for this was  probably MTV. This channel had encouraged thousands of people to get tattoos as a form of self-expression while featuring different TV shows, shoring and sharing punk music, indie cultures, street style, skateboarding etc. This was the boom of the 80s!

The most famous tattoos at that time were the tribal tattoos, the thick black line or colorful tattoos which were of a different kind at that period. However, the New Schools Tattoos was also at their peak point in the 80s. We can say the time of tattoos had come! Zany 1980’s 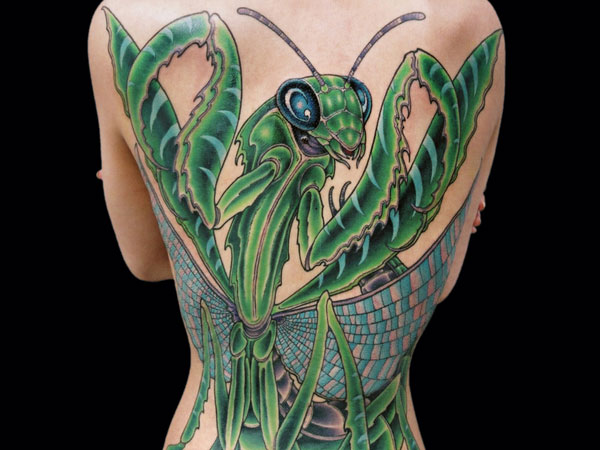 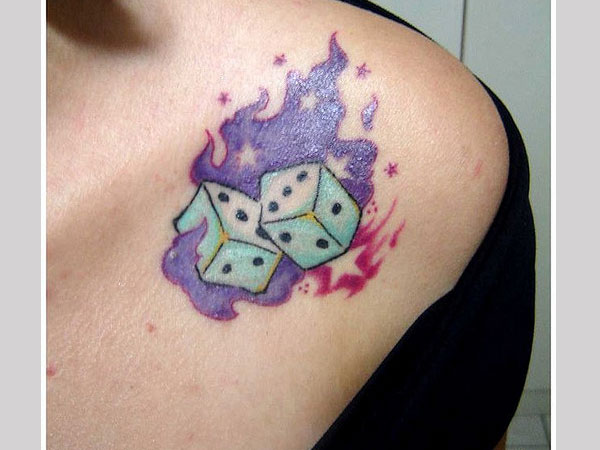 These were the days when the feminine tattoos like hearts, stars and butterflies were enjoyed a lot by the masses. This is probably the ones we can see a lot still on older people.

Till 2000’s the concept of getting inked was evolving and is considered as the coolest thing that one can do. The main role of doing so was reality TV shows and Social media that played a big role in encouraging people for tattooing. Kat Von D is a celebrity which with her tattoos has boosted the tattoo culture in the 2000’s. She allowed the spread of the trend by representing herself on TV and different media at that time.

However, with the advancement in the processes of getting inked have changed the way of people’s thinking when it comes to getting a tattoo. In the beginning, people were afraid of catching a disease from the so-called seedy tattoo parlor, but now this process is fully risk-free thanks to growing professionalism, sterile environments, and progress of the industry in general.

Nowadays getting a modern tattoo is no more considered as a weird thing. From 2000 to today’s day, the discouragement against tattoos went down day by day, and for a good reason. Due to social media and reality shows, people started knowing more about inking, and now people like to get inked from lower back to inside lips. Which is a little bit weird yet becoming more acceptable in our society.

Almost everyone gets tattooed these days, it does not matter whether you are an employee or a pre-school teacher, therapist or someone else, inking your body is no more a seedy act or is shameful in any way. If there is a desire to get a tattoo, I highly recommend going for it.