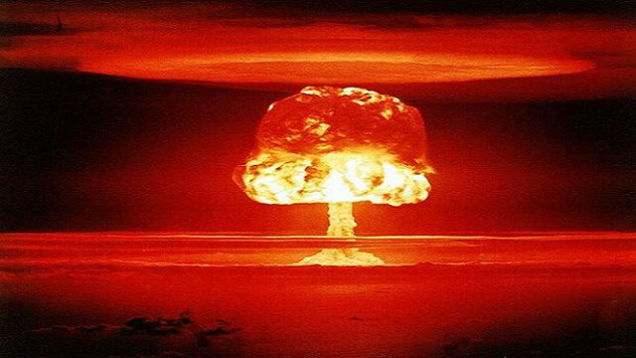 Why do we have a Doomsday Clock?

The first appearance of the Doomsday Clock was on the cover of the first edition of the Bulletin of Atomic Scientists magazine. The Bulletin of Atomic Scientists was developed in 1945 by concerned scientists that worked in the Manhattan Project which was the project that developed the first atomic bomb. The scientists developed this magazine because they felt morally responsible to inform and warn the public about the possible catastrophic consequences of their creations. Back then it was only about nuclear bombs and nuclear accidents but through the years the Bulletin has included other factors that could also cause a global catastrophe such as global warming, bio weapons or cyber security.

How does the Doomsday Clock work?

What does two and a half minutes to midnight mean?

This does not necessary mean that you should have your apocalypse kit ready at any moment or that you should go buy such kits. This means that the current situation the world is facing at the moment can have disastrous consequences, especially if we don’t try to do anything about it. The Doomsday Clock come together with a statement that shows why the clock is at a given time. What is interesting about this year’s statement is that they included the political situation in the United States of America, in other words President Trump and his cabinet. This doesn’t mean that the Bulletin is a bunch of liberals trying to “attack” Donald Trump’s presidency. The reason he is in the statement is because of the way he and his team talk about climate. As you may or may not know president Trump and his team haven’t officially recognized climate change caused by human activity and I don’t believe they will do anytime soon. This behavior towards climate change will most probably stop or slow down any progress we’ve made these past few years. The Bulletin also saw this behavior towards climate change coming from other international leaders which make the matter even more serious. In addition, reckless language by international leaders was also mentioned in the statement. This obviously makes sense, communication between countries is extremely important.

We are already our third month into the year so we can all hope this year goes by as quickly as possible. At the same time, we can also hope the international leaders open their eyes to what is climate change. This is the one thing that I’ll never understand, the 2017 Doomsday Clock Statement could not have said it better, “Climate change should not be a partisan political issue”.

Want to know more about the Bulletin of the Atomic Scientists?
Visit their website: http://thebulletin.org/