Home Culture They Can Talk: Comics by Jimmy Craig, an artist who perfectly understands... 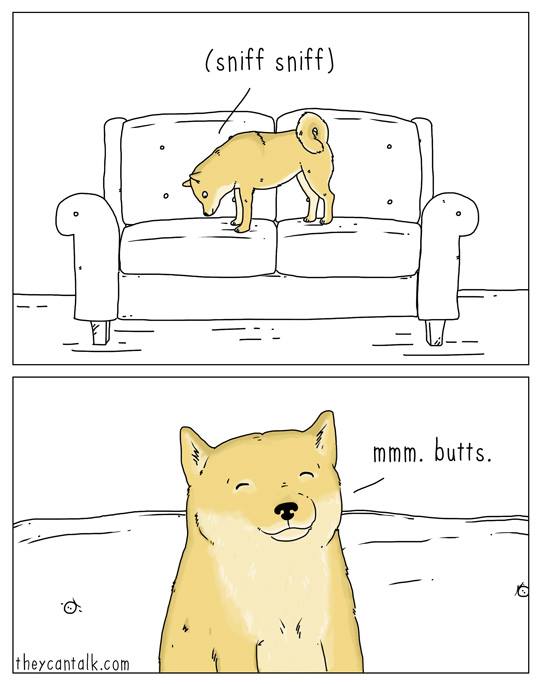 Have you ever been concerned about “What would animals say if they could talk?” I guess that 90% of us has at least once in our lives thought about this question. Some of us might have dug deeper and might have had a look into ethology  – the science studying animal behavior. Or you might have simply used your instinct and realized that the neighbor’s cat’s claws stuck in your leg are not a sign of achieving new animal-human friendship or the cat’s desire to be petted. Jimmy Craig, 30 years old artist and animal lover is asking this question all the time. And not only that, when he thinks he found the answer, he sits down and portrays his findings with hilarious comics.

His awesome work will not only make you smile but also realize how accurately he managed to understand the world of fauna. According to the interview that he gave to Huffington Post, he is not very good at drawing people; his biggest issue is drawing hands and legs (oh yes, that sad realization when you firstly come in the kindergarten and you are told that human palms don’t consist of five tiny dashes).  So he decided to give up on humans and stick to animals. And we are so grateful for that because, without his decision, he wouldn’t have started his popular website http://theycantalk.com/ where he publishes one comic a week (Sunday night). And what would be his biggest accomplishment? If he walked into a bookstore and saw a book titled “They Can Talk” on one of the shelves. Fingers crossed with that! We hope to see your book soon.