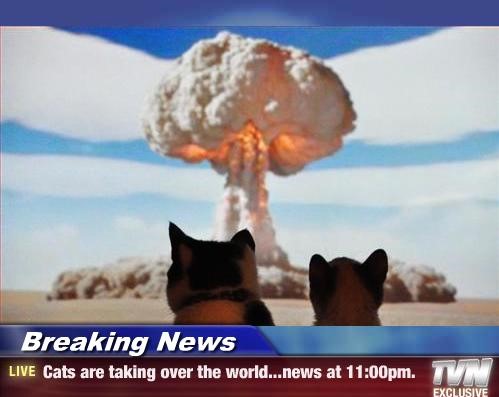 A lot has been happening in the world lately and by the world I mean the United States, thank you mainstream media. It’s crazy how other events that have happened in the world are not receiving the coverage they deserve. For example, there was a shooting in Quebec, we had a Holocaust Remembrance Day and amid all the confrontation in this world, NATO decided it was best to show off their troops off the coast of Romania in an exercise. You know, the Black Sea, the place where Russia took over Crimea. A sign of peace, don’t you think?

On top of all of this, CATS ARE TAKING OVER! Don’t believe me? You can see the evidence down below. Thank you to redditor: happyantoninscalia for unveiling President Trump’s hidden agenda.