Home Astrid The Madness and Success of HQ Trivia 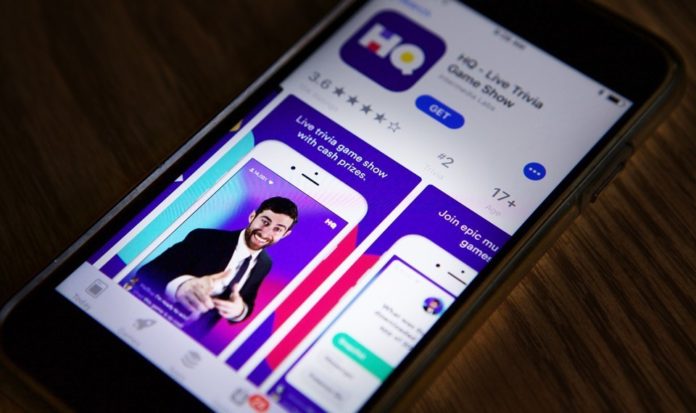 HQ Trivia is a very simple but at the same time a very incredible app. From the name, it can already be concluded that the app is all about trivia. However, there are two big things which make it a unique app. One, it’s a live show, and two, there is a cash prize if you win. Released in August of 2017 on iOS and on Android in January 2018, HQ Trivia has become one of the biggest apps on the market. How did it become so successful? Will this success prevail or eventually drop into obscurity?

The Birth of HQ Trivia

The successful app was developed in 2017 by Vine creators Rus Yusopov and Colin Kroll. For those who don’t remember, Vine was a successful social media platform which allowed users to make, edit and upload short videos. This platform also put a light on many people who have now become Instagram, YouTube, and film celebrities. Think of Amanda Cerny, King Bach, and sadly the Logan brothers (don’t search for the Logan brothers if you don’t know them, trust me.). Vine was then bought by Twitter and then later shut down. The development of the app and the startup was supported venture capital. Which is pretty much a lifeline for HQ Trivia, more on this further in the story.

Basics of the Game

Everything is rather simple. You download the HQ Trivia app from either the iOS app store or Android’s Google Play store. After this, you will make an account for the app and wait until the next game goes live. There are two daily games. The first one is at 9 p.m. CET (Central European Time) and the second at 3 a.m. CET. From this, we can clearly see the game is targeted to the American market. The live game always starts with the host Scott Rogowsky saying a few words and introducing the game to the newcomers. This man has practically become the face of HQ Trivia.

After the introduction, you will be presented with 12 questions which need to be answered within 10 seconds. Answer all the questions correctly? You win or split the cash prize with other winners. However, if you answer a question incorrectly you will be immediately eliminated. The questions vary a lot in difficulty. You might feel confident in the beginning when you answer an easy question but have your bubble abruptly burst by the following question. This happens a lot in the game. So much that the creators have a name for the questions which eliminates a big amount of users, the “Savage Question”. The money you win (if you win) can be cashed out the app with a PayPal account. The average amount which HQ Trivia gives away each game is 2,500 dollars. However, there are times which this amount is raised to 15,000 dollars. The 15,000 dollar games are usually played on the weekends. The creators of HQ have expressed their idea of trying to increase the amount to up to 1 million dollars. Very ambitious from their part.

The creators of Vine have once again hit the bullseye with their newest startup. HQ Trivia has already been downloaded millions of times and there is no doubt this number will grow. The game has also created a very loyal community of players who are playing the game every day and don’t hesitate to share this to their friends and family. Every game has a huge audience. The audience is always between 600K or 1.6 million players. Logically, this number decreases significantly throughout the game since many people will be eliminated before reaching the last question. With the number of people playing and the amount of money being given away every day, one may ask how in the world HQ Trivia makes money. There is no revenue at HQ Trivia. They don’t make money, which is very crazy. As mentioned earlier the reason they even exist is thanks to an investment by venture capital. That money which they have received is the money which is being used to pay their employees and the cash prizes they give out every day. But this money is bound to run out, and that is exactly what is happening at the moment. The creators of HQ Trivia, Rus, and Colin, are looking to attract more investors to fund HQ. But most importantly they are seeking to get a post-money valuation of at least 100 million dollars. If this becomes a reality, then they will be able to attract even more investors thus, more funding for HQ. However, this is not a very effective and smart plan for the long run. HQ Trivia has to find new ways of funding itself instead of asking for investments somewhere else. Seeing how big HQ has become, it can be a very easy task to get the money themselves.

The Future of HQ Trivia

There is no doubt that HQ will keep growing in a very fast manner. That will have its pro’s and cons. A pro is that the success will be attracting even more venture capitalist to invest in their startup. However, a very big con will be the quality of the game. Remember that this is a live show and it takes a lot to make sure every single person, from the between 600K and 1.6 million players, will be able to see a clear image throughout the whole stream. HQ Trivia has already had problems with their current audience, having to at one point even postpone the game to a later time after their system froze. For this exact reason, HQ will need to make more money to invest in better quality and they have many options to choose from. Since it’s a live show, they can do lots of product placement or have some streams supported by different brands. Another way would be to put a price on lives. Therefore, a player will be able to receive a second chance if they choose to pay for it. The future of HQ Trivia is on HQ’s own hand, they can decide on which they will go. Either disappear like Vine or become 8the next biggest platform.