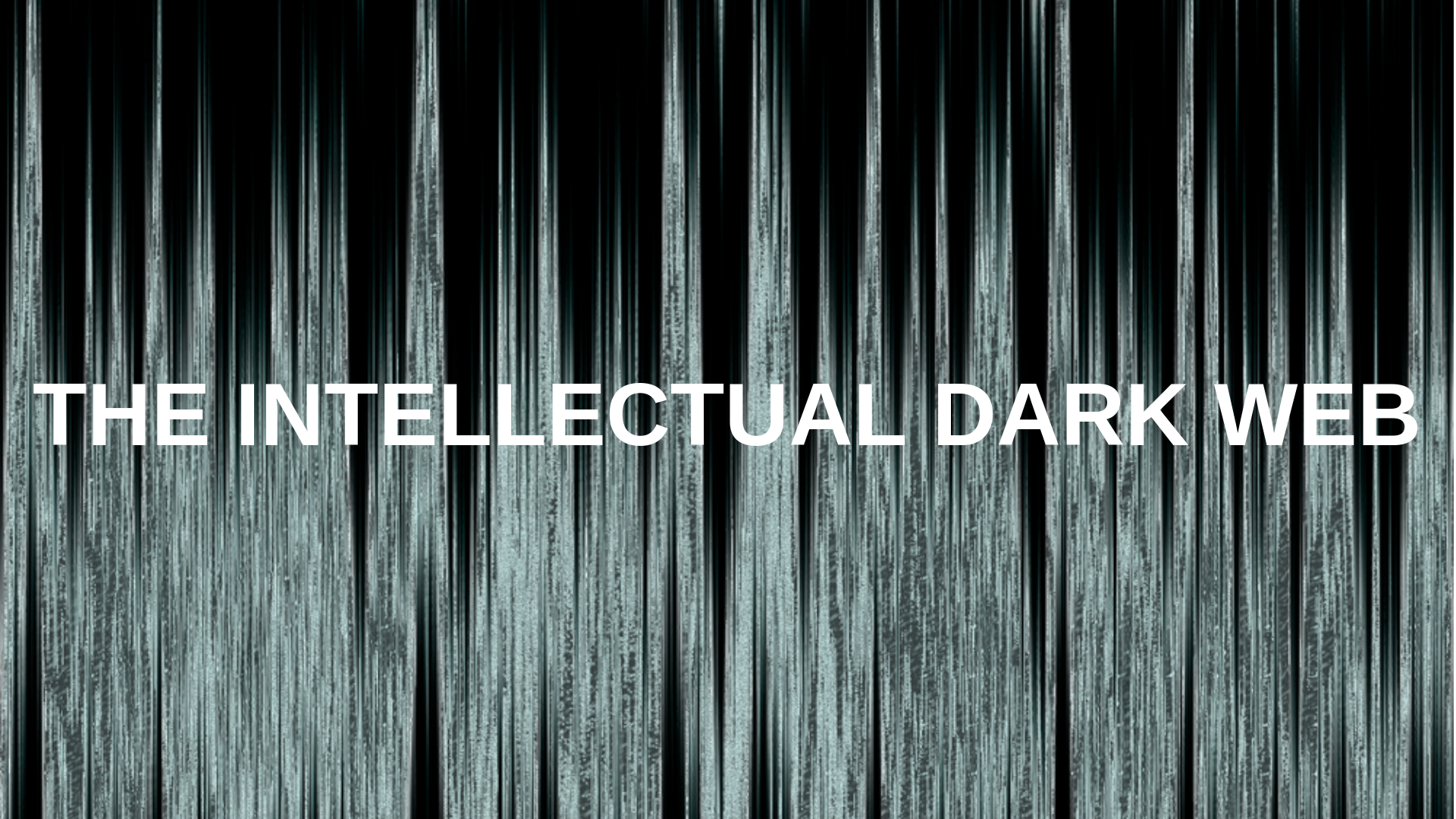 Over the years there has been a gradual shift from the dogmatic acceptance of political and moral views that have put hidden chains on the feet of citizens of this generation. Political and moral views have plagued the world for several years, limiting what people can do and how people can behave in society. People are stigmatized all over the world for doing what most will call “political defiance” or just simply following their hearts and passion. This is where Intellectual Dark Web comes into play.

In the time of oppression, tyranny and general oppression to those who will not simply subject to established morals and political views of the society, a change has come. There is a new shift, a new kid in the block that has the capacity to combat the revered bully (this political injustice) and help create a society where individuals can live free.

There is a movement that has been expanding for many years now, although new to many people it is growing very fast in fame and popularity. There is a name for this movement— it is called “The Intellectual Dark Web.”

Read more about the Dark Social and How you can Track it!

The Intellectual Dark Web was devised by the renowned Financier and mathematician—Eric Weinstein. He put a name on this group, not to expose them (they are not obscured) but to know this group of intellectuals.

What is the Intellectual Dark Web?

This bears no similarities with the actual Dark Web that incorporates concealed internet networks or users and has no requirement for sophisticated software.  This group is not hidden; This is a heterogeneous group of intellectuals from students to professors and professionals in different fields. The Intellectual Dark Web consist of individuals who have a different mindset from the one that the political society has instilled in a lot of us.

This group of individuals; Biologists, neuroscientist, Sports commentators, comedians, journalists, entrepreneurs, and physiologist share a common belief. They believe that “political correctness” stifles their ideas and so they see the already established political views that limit individuals and rid them of their personal choices as their enemy.

The ideas of the Intellectual Dark Web

What is the Intellectual Dark Web and what precisely are the thoughts that have made individuals like Eric Weinstein, Dave Rubin, Tim Ferriss, Jordan Peterson, Joe Rogan, Sam Harris and Ben Shapiro

Into what an ongoing New York Times profile portrayed as scholarly “rebels” (intellectual renegades)? As indicated by the Times author Bari Weiss, most underscore the natural contrasts among people, an inclination that free discourse is “under attack,” and a dread that identity politics can bring peril to the US.

An audience of Harris’ digital broadcast may add to the rundown a vociferous barrier of the legitimacy of hereditary clarifications for IQ contrasts between racial clusters, a supporter of Peterson’s recordings may demand the loathsome impact of “postmodern neo-Marxism” on school grounds, and an aficionado of Ben Shapiro may add an incredulity toward the truth of “transgenderism.”

The Intellectual Dark Web considers itself to be a partnership that resists grounded political classifications so as to protect these thoughts against the crawling impact of thought control. This directs us to another vital definition of the term Intellectual Dark Web, the proposal that its thoughts are dubious, as well as especially inventive in our political minute. On the off chance that the Intellectual Dark Web excites the annoyance of specific pundits in the media, it is for similar reasons that new advances in the web age are “troublesome.”

It would take a certain level of forgetfulness, in any case, not to see that these type of polemics over political rightness are definitely not new: they have existed for something like 30 years, as far back as a strikingly comparative arrangement of media discusses based on school grounds started in the late 1980s and mid-1990s.

At the finish of the Reagan years, political rightness turned into a most loved terror of traditionalist learned people, who trusted that school teachers had locked onto illiberal or authoritarian ideas of equality, and were teaching their understudies with an incendiary perspective of American culture. The present “Intellectual Dark Web” provocateurs once in a while name these ancestors, who in the relatively recent past possessed a comparative place in national media discusses. In any case, the examination recommends that the “renegade” thoughts of these figures are really a settled organization in American talk: an establishment whose house is on the political right.

The Intellectual Dark Web as of today

What is the Intellectual Dark Web and what is evidently so novel about the “Intellectual Dark Web”? It isn’t only its astute utilization of video channels like YouTube or Patreon, however its case to be diverse and trans-partisan. It has turned out to be run of the mill for the individuals from this club when they show up openly — on the web broadcasts of Harris or Joe Rogan, for instance, or on the YouTube channels of Dave Rubin and Peterson— to stretch decidedly both their ideological partitions and their regard for the scholarly ideas that they accept enable them to defeat them. In his prelude to their dialog on his show, for instance, the liberal Harris distinctively lauded the convectional Shapiro for his readiness to discuss him in spite of their differences on inquiries, for example, religion and “free or unrestricted will.” But this kind of collegial discussion will, in general, be a sideshow for where individuals from the heterogeneous group (Intellectual Dark Web) collectively concur.

The primary fascination of Shapiro and Harris’s discussion was not their Ethical hurly-burly, but rather their display of unanimity against the left-wingers that had assaulted both of them. Even with the politically right left, and to a minor degree the neo-extremist far right, these masterminds mean to introduce themselves as protectors of “motive,” “truth,” and “certainties.” This connection to sane standards — not to gatherings or clans — directs them now and again to portray themselves as another political focus.

What is the Intellectual Dark Web teaching us?

On a basic level, these Intellectual Dark Web publicists are right; that motive and discipline have a place with neither right nor left. In any case, a closer look into the real ideas set forward with regards to these qualities, these–as far as anyone knows moderate crusaders against political accuracy may share more similarities with preservationist ancestors than this group care to admit. In spite of the fact that it is unlike political “tribalism,” as one author penned it in the web-based magazine Quillette — the nearest thing there is in comparison to the Intellectual Dark Web — the campaign tends to consider dissidents, progressives, and liberals as its essential enemies.

Be that as it may, not exclusively do these scholars contradict themselves “to one side,” extensively, they reuse the neoconservative arraignment of “postmodernism” so as to clarify the reason for this left adoption by political rightness or correctness.

Jordan Peterson has been the most intense advertiser of this thought, having expressed on endless events that the contemporary left determines its thoughts and strategies from a mix of post-structuralism and Marxism prepared in the US’ colleges: a hypothesis of class battle rethought as a battle to the death between racial, ethnic, including sexual personality clusters.

This theory of post-structuralism and Marxism mix proposed by Peterson is not unanimously accepted by his allies in full. In any case, in different structures all through the diverse open stages of the “Intellectual Dark Web,” you can see endless reiterations of the thought that radical or leftist school educators outfitted with perilous speculations from the Old Continent are transforming cohorts of youthful progressives into foes of the liberal democracy. In a few renditions of this holdback, the Intellectual Dark Web goes more distant than their neoconservatives’ predecessors, whose paeans to customary school educational program frequently had little ramifications outside the grounds.