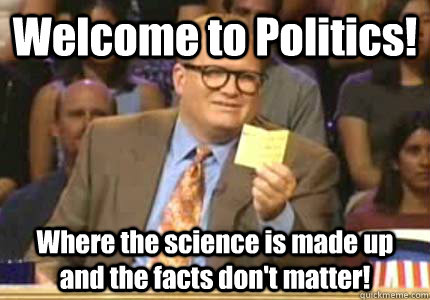 After the recent news about a terrorist attack on Westminster bridge in London, club shooting in USA Cincinnati and anti-corruption protests all over Russia I had a few thoughts on my mind. The political situation in the world is very unstable, as every politician is trying to be as sensitive as he could be regarding any issue. This does not solve a problem… Rather creates new ones. This situation needs another perspective… Another way…. There are two sides of the medal… Politics is a broad and complicated topic in its core. So what is it?

Politics is a method of decision-making with majority support and everyone’s agreement as well as decision taken up forcefully with the help of violence. According to Chanakya -” Bad politics is bad and healthy politics is good”-if said in a proper way, if you want to play clean with any violence or riots ,Politics can then be termed good-if violence,riots and mass moving speeches on religions are involved which can cause blood shedding then its called toxic politics. “Just how cynical should we be about politics”,said Barack Obama. Probably not even the politicians are able to decide whether they should term the field in which they are working GOOD or BAD. At times the true ideology of politics seems to be “For the party,by the party and to the party.” But some Politicians like Barack Obama and Narendra Modi are changing this modern ideology of politics to it’s previous form i.e. “For the people,by the people”.

Although good politics has almost reached to the verge of extinction but the light of hope is always there due to some great and magnificent leaders given by our world leaders.To find good in circumstances which seem awful;this can be termed as the current situation of politics .The silhouette always has a sliver lining to it but it’s center always remains dark until it’s completely exposed to the light . That’s exactly what is needed in the modern politics .i.e. transparency.
The system should be transparent to the people to create a bond of trust with the masses . This gives an optimistic mindset to the people who have used their right to vote their representative .This creates a positive outlook in the youth who have lost faith in politics and have started to think that politics can only be dirty and corrupted. This will make them interested in politics and a huge participation of youth can happen which could bring in a fresh and young mind into this field which can solve and clean the mess and misunderstandings formed and accumulated.

The prime time of all news channels are occupied with this core topic-POLITICS . And a group of people sit together to form a panel and as soon as the discussion starts, whatever the topic be people end up saying things on the current situation of politics whether bad or good! Even there we see that people do not care about the opinion of the person sitting in front of them but they will keep on shouting until the person accepts their point and is forced to stay quite . Patience is something needed by the politicians . Politics means patience where you have to listen to everyone and find a cooperative way to solve problems instead of creating one. There are pros and cons to everything and so does politics. If seen from the optimistic way politics isn’t just smoke-filled rooms and corruption but the means to make their community,states and nations a better place. The reality cannot be changed but the actions of present can change the future. Whether good or bad ,politics has both sides to it.Some or better to say the majority of us think politics as a way of rephrasing the word corruption but people are trying to bring a change into this which can erase it’s darker side and so that there wouldn’t be discussions on whether its’s good or bad.