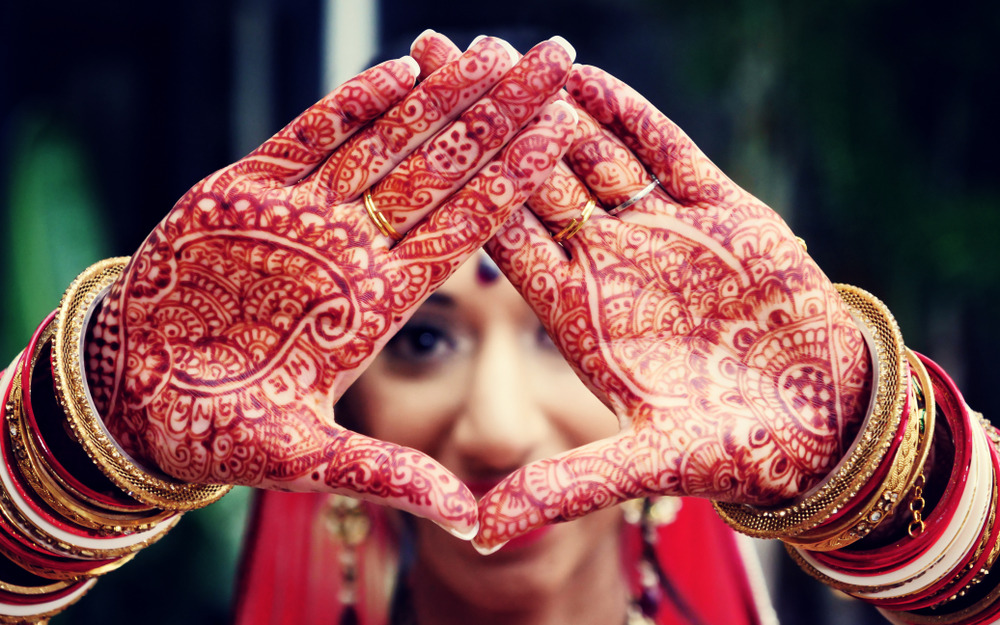 Indian culture is, without a doubt, one of the richest and most unique cultures in the world. It is also full of folklore and mystery, something reflected on its tattoos. This article of the series explores the still mysterious origins of Indian tattoos, their different meanings, and current polarized state.

Tattooing has been a tradition in India for hundreds of years. In fact, Indian tattoos are so ancient that it’s still impossible to tell exactly when the practice first started. Tattoos are widely popular in practically the whole country. They go from deep in the Eastern jungles of Arunachal Pradesh and Nagaland, to the western deserts that surround the India-Pakistan border. Throughout history, tattoos in India have had different purposes, ranging from beautification of the body to acting as a protection against bad spirits.

There’s a number of myths and explanations surrounding the origins of tattooing, or godna, as the practice is called in Hindi. For instance, a group of people in Central India, called the Gondi, have a legend focusing on Lord Shiva, a Hindi deity. According to the story, Shiva once hosted a feast to which he invited all the other Gods. The Goddesses were also there. However, they were sitting in a different group. A Gond God was present in the event as well. When he went to get his wife, he accidentally mistook her for Parvati, Lord Shiva’s wife and the Goddess of love and fertility. The Gond God put his arm around Parvati, which enraged her. This caused her to command the tribal women to wear specific tattoos to differentiate themselves from others. Tattoos supposedly became a tradition after this.

Other explanations for the origins of Indian tattoos are much rougher. An example of this is the Danuks, a tribe established in Bihar, in the North-centre of India. The Danuks believe tattoos reduce the attractiveness of women, thus making sexual predators less interested in them. The same is true for the Apatani, another tribe that inhabits the north of the country. This tribe tattooed young girls to make them look less attractive in the eyes of neighboring tribes that would otherwise be more likely to abduct them.

Tattoos have different meanings and purposes in different areas of India. For instance, the North-eastern Noctes and Wanchos tribes associated tattoos to strength and courage due to the pain getting a tattoo involves. The Munda tribe in the North-east used them to record important events such as winning battles. On the other hand, the Korathi, a nomadic tribe got tattoos that represented the kollam, a labyrinthine in which they believed evil beings would be trapped. This was done in order to keep them safe and to make sure they had a mark that would allow their relatives to recognize them in the afterlife. Something similar is true for the Kutia Kondh tribe of the East. The members of this tribe tattoo symmetrical lines on their faces to make sure that they’re able to recognize each other in the spirit world as well.

Another North-Eastern tribe called the Singpho has very specific rules regarding tattoos and women. If a woman is not married, she’s not allowed to get any tattoos. Then, once she gets married tattoos are done on both of her legs, starting in her knees and going all the way to her ankles. This example actually leads us to the next topic…

In the past, if a woman did not have a tattoo, she used to be seen as impure and untouchable. Girls used to get tattoos as they grew up. As previously mentioned, they would get a tattoo after getting married, but this was not the only benchmark that led to one. Tattoos would also be done to indicate a girl was part of a certain tribe, after she turned 10 years old, or after giving birth. It is estimated that millions of women were tattooed forcefully throughout their lives. However, modern media, the internet, and people in rural areas more commonly being in touch with urban areas, have led young girls to start refusing being marked in any way.

Tattoos on women used to be done using very rudimentary methods. These included needles heated with fire, and a black pigment. These procedures were extremely painful and would more often than not lead to bleeding. Furthermore, they did not include any sort of anesthesia and the process of healing would take up to a month. Young Indian women believe there’s no place for such a procedure anymore.

Rejection to this kind of tattoos is not new. The Indian Government actually banned tattooing young girls’ faces back in the 1970s. This led to a decrease in girls with this kind of tattoos in urban areas. However, there’s still criticism amongst the older members of society. These members insist tattoos are all what’s left of them after their deaths. They are not willing to lose an ancient tradition.

Certain aspects of ancient Indian tattoos have started to be rejected. However, modern tattooing is starting to be seen as a form of art and self expression. This a phenomenon that is also happening in other cultures around the world. It is now common for young, well-informed, Indian people to get tattoos. Popular modern tattoo designs include realistic portraits, nature-related imagery, dot work, watercolor, and religious tattoos. This last type of tattoos includes Gods, mandalas, chakras, and their corresponding mantras. Religious tattoos are associated with luck and prosperity for those who wear them.

Tattooing in India has developed so much in the last ten years that being a tattoo artist currently is an extremely viable profession with a good reputation. Tattoo parlors in India are equipped with high tech equipment. Furthermore, Indian tattoo artists are starting to make a name for themselves in the international scene. These artists are now combining international influences, cultural heritage, and the wisdom passed from older generations to create unique pieces of work.

Just as modern Indian tattoos are making their way through the international scene, there’s a type of Indian tattoos that became famous worldwide during the 1990s. This was in part due to its representation on Western media.

Mehndi are temporary tattoos Indian, and other groups of people such as Pakistanis, make with henna. People who do them usually mash Henna leaves until they form a paste. They then add oil to the mixture.

They are usually done as a hobby or as part of special occasions such as weddings and religious festivals. The most common spots for them are the hands, feet and, legs. Their primary focus are women, who wear them as a rite of passage in the aforementioned celebrations. It is believed that applying henna on bride before a wedding is a sign of prosperity and good luck.

Some designs for Mehndi tattoos include mandalas, mantras, and Indian motifs that include the bela, creeper vine, peacocks, and flowers such as lotus.

Also, as a random fact… It is possible to find tenths (if not hundreds) of very hypnotizing YouTube video-tutorials showing the steps to follow to create a Mehndi tattoo. You can watch one here:

The history and current state of Indian tattoos is extremely polarizing. The true origins of the practice are still pretty much unknown. Furthermore, there are two extremes in the current Indian tattooing scene. On one hand, certain groups see ancient practices and types of tattoos as degrading and even dangerous for women. Thus, those affected by them are trying to stop them. On the other, certain groups of people are becoming fond of tattoos, giving modern Indian tattoo artists a prestigious position.

Indian tattoos, are, without a doubt, a unique mix of present, past, and future.