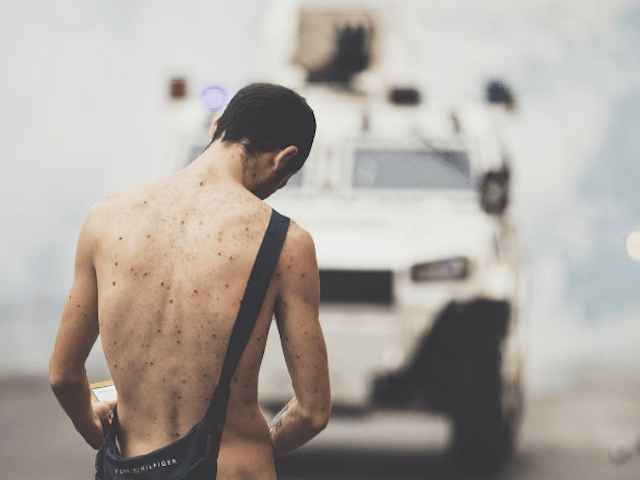 Most countries that are interested in this Venezuela and Latin American in general are interested because of a number of resources that come from there. There is so much oil, high-quality meat, fruits and vegetables, coals and other minerals we rely on.

In the past, other countries would practically abuse of Latin America which used to be colonies of different countries, mostly Spain. It’s ironic to see how the US supported the independence of so many of these countries to later be the ones to hold political and economic control in these newly independent countries. This made it very difficult for Latin America to properly develop their democracies and this made the majority of their populations suffer.

There seems to be that almost all Latin American countries had to go through a dictatorship before getting a working democratic system. These dictatorships left a scar in the lives of many and it led people to be critical of their politicians and politic system. This a healthy behavior for any democracy. But just like anything that has happened in the past, people seem to forget about it.

At the moment there is a lot of political and economic tension in some of the biggest Latin American countries. Venezuela and Brazil are two countries that have received a lot of attention in the international media. Brazil recently impeached their president after it was found she was involved in a massive corruption case in connection with Petrobras. Venezuela is stuck in a horrendous economic and political state. At the moment it has one of the highest inflation rates in the world and its president is pretty much useless. Let’s focus on Venezuela.

At the moment Venezuela is under the control of a social “democratic” party called United Socialist Party of Venezuela. This party has been in power ever since the former leader, deceased Hugo Chavez took office back in 1999. After Chavez’s death, his Vice President Nicolas Maduro became the president of Venezuela. Things really started to go downhill ever since he took office. It’s been a worsening economy, food scarcity, high level of violence, incarceration of political opponents and so much more.

Last year, we saw a light of hope when the majority of the congress was won by the opposition. This showed a sign that the majority of the population are angry and tired of what the current government is doing to the country. The opposition has been doing what the legislative power let them do but not much has changed. Therefore, they and many other people decided to call for new presidential elections. To do this they campaigned throughout the whole country to get enough signatures from the population to present this to the electoral organization (CNE). They reached the millions of signatures they needed and do you know what happened, absolutely nothing. No elections, no progress. However, it gets worst. This month the President of Venezuela decided it was a good idea to rip the legislative power from the legislative branch of government. On top of that, he also decided that it was a good idea to prevent one of the most important opposition leaders, Henrique Capriles to run for office for the next 15 years. Of course, people got angry at this and this is why there have been so many protests in Venezuela daily since last week.

The president decided to give the legislative power back but it’s way too late. They first peacefully marched to protest the president decisions then they kept on marching because they are tired of being trampled on by their government. Now, it’s sad to say that they are also marching for the more than two dozen people that were killed since the protests started last week. The footage coming from these protests are absolutely incredible. This is an issue that has been developing for some years now and it feels like it’s reaching its climax. As someone who’s grown up around a family that comes from this country, it really is sad to see and hear what many people have to go through to be able to make it day by day. It’s disgusting to see how the government is treating their own people and it’s just disappointing to see such an incompetent person being president of such a rich country. You think Trump is crazy? Think again, President Nicolas Maduro will tell you how the deceased Hugo Chavez spoke to him in the form of a bird.