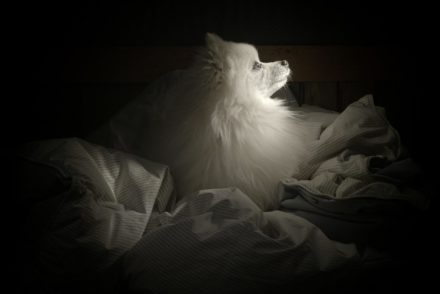 Animals rule the internet. Most videos on the internet that have animals in them, go viral. However, today I’ll talk about a special animal that took over the internet. A pupper known as Gabe the dog. Why this specific dog? Keep reading and you’ll fall in love with him just as I did.

Gabe the dog was a mix of a miniature American Eskimo and a Pomeranian. In other words, a small and fluffy pupper. Gabe was a dog owned by Youtuber under the name deathtrips. Gabe’s owner started uploading videos of Gabe barking on YouTube. Little did he know how popular these videos would become. To understand why Gabe is so popular, we have to look at a genre on YouTube called YouTube poop music videos. Yes, this is a legit thing on YouTube. This genre is all about crazy and weird edited music videos that will make you feel like you might just be taking drugs. I’ve seen many of these kinds of videos before and they can go from being funny to just being creepy. The introduction to Gabe the dog in this genre created a new entire genre called “bork remixes”.

A bork remix is a remix of any chosen song but with Gabe’s bark being used to lead the song. The bork remix genre created classics such as Borkbusters, Borquiem for a dog dream, Careless Bork and much more. All these bork remix videos were getting thousands of views with the most popular ones reaching more than one million views. The Gabe videos were so successful that even deathtrips himself, Gabe’s owner, started uploading his own bork remixes.

However, the internet didn’t stop there. Gabe the dog started being used as a meme in different videos that didn’t fit in the YouTube poop music video genre. Some videos would put Gabe in a video game while other videos would dub someone talking with Gabe’s bark.

This dog provided entertainment to such a huge crowd on the internet. That is why it was shocking when Gabes’ owner sadly announced on the 20th of January that Gabe had passed away. The announcement was posted on Gabes’ official Facebook page. Why did Gabe become so popular? Just mentioned in the beginning, Gabe is a dog and the internet loves animals, mostly dogs. There are many dogs that have become popular through the use of memes and I’m sure that we will see more dogs rise up and take over the meme world and the internet. The beauty of the internet, am I right?

I went on YouTube and searched for the Top 10 of Gabe the dog videos (my personal Top 10) for you to enjoy the beautiful art of bork remixes.