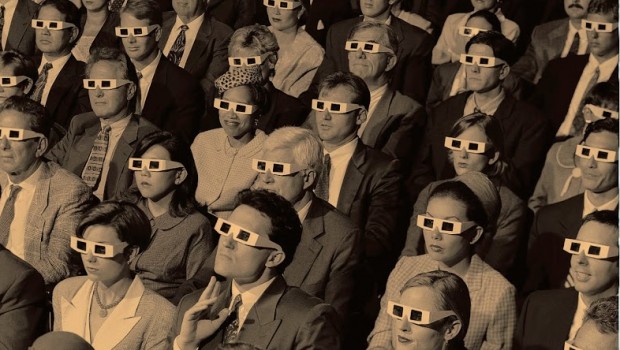 Besides the fantastic food and a huge variety of culture, Asia also offers some of the most bizarre and sinister cults in the world. A cult is defined as an unorthodox, religious group which is devoted to a person or a thing based on a set of ideas. People who usually join cults are often unsure about their place in this world and thus seeking answers that just-so-happen to be given by these groups. It can often be very difficult to leave a cult; kind of like getting up from bed on a Monday morning, except sometimes with life threatening factors.

Here are 5 bizarre cults from Asia:

1.  Aum Shinrikyo:
Starting off as a small Yoga class in 1984, this Japanese cult was founded by a self proclaimed Buddha fusioned Messiah, known as Shoko Asahara. He gained alot of popularity in the late 90’s and was even appearing on national talk shows. Weirdly enough, the group even released a set of anime series depicting him as an anime looking Jesus with divine supernatural powers that one would expect from any other anime show.

Moshi-Moshi, Jesus desu~~
The cult would often stress out about the impending doomsday that was believed to be coming “real soon”. In 1995, the cult carried out the deadly Tokyo subway attack. The cult convinced some of its members that the apocolypse was starting and so they were ordered to use sharp umbrellas to puncture bags filled with sarin gas once it rush hour hits the subway. 13 people were killed and thousands were left injured. The cult has then been forced underground and Shoko Asahara is until now waiting on death row. The Aum Shinrikyo cult has never confessed about their involvement and Asahara himself is still insisting that his innocence. Founded in China in 1990 by Zhao Wei Xiao, this cult was believes that Jesus had been reborn as a Chinese woman named Yang Xianbin and that she was sent to purify all of humanity. The group has been named as a terrorist orgnization as they were known to cause riots and commit numerous murders. The cult believes that the world is bound to end, however, no exact date has been actually stated. The Chinese government had also arrested around 400-1000 members and label the group as an “evil cult”. One famous incident which sparked international recognition was an incident that happened in 2014. 6 members of the group had brutally stompped a woman to death at a McDonalds in Zhaoyuan, Shandong, China. Not to mention the riots that the group had also incited that lasted for a reported 12 days in a county. In 2010 members of the group had also killed an elementary school student and left lightning-like marks on of one of the victim’s feet. It was found that the boy was killed because one of his relatives, a member of the church, had expressed his desire to quit the group.  Founder of the group, Zhao Wei Shan, also known by the members of the group as “Almighty God” is now living in the United States under political asylum. Despite the incidents and also constant pressure from the Chinese government to stop its expansion, Eastern Lightning has been reported to be growing its influence in Malaysia, Indonesia, and various other countries in Asia.

The Sung Chi-Li Miracle Association was a cult made in Taiwan. The cult was led by businessman Sung Chi-Li who claims to be a geomancer. He was jailed for several years the 80’s after he had been caught writing faulty checks. During his stay in prison, he claimed that he was visited with an ancient spirit and that his name was spelt out in the clouds. After his stay in prison, he made money based on people who believed that he had supernatural powers.

He claims to have supernatural powers such as the ability to appear anywhere at any given moment and time. In 1997 he was sentenced to 7 years of imprisonment for fraud as he was found to swindle 7 million US dollars from his followers. His verdict was later overtuned in 2003 as the high court cited that freedom of religion was protected under Taiwan’s constitution.   It was also reported that he had tried to hypnotize an officer – it was also reported that it never worked. This South Korean religious movement was founded in the early 60’s by Yoo Byung-Eun and his father in law, Pastor Kwon Shin-chan. Media reports that the group has about 10-200 thousand members worldwide. The church teaches these followers that those who were saved by God are completely cleansed of any sins and they will ever commit in the future. However, unlike most Christian affiliated organizations, this one known to focus little on repentance. In 1992, the General Assembly of Presbyterian Churches considered them to be a cult. In 1987, the South Korean police investigated 48 year old woman, Park Soon-ja who was known to had swindles about 8.7 million USD from about 220 people in the country. Her company, Odaeyang Trading Co. was a firm that was associated with a religious sect. It turned out to be a splinter group from Yoo Byung-eun’s Evangelical Baptist Church. On the 29th of August, 32 members of this sect who had believed that doomsday was imminent, were found dead. The famous case became known as the Odaeyang mass suicide. South Korean police assumed that it was a murder-suicide pact, and that Yoo Byung-eun was linked to the case. On the 16th of April 2014, South Korea witnessed the second worst ferry disaster to ever happen in the country. The ferry Sewol capsized and sank, a ferry operated by the company Chongheijin Marine where Yoo Byung-eun was a former chairman. It was also found that Yoo had used hundreds of other Church affiliated companies embezzle millions of dollars which prompted nationwide outrage. Yoo then went into hiding and prosecutors warned people that whoever was found helping him hide faced a minimum 3 years of prison. Yoo Byung-eun’s decomposing body was eventually found in a rice field, and till this day nobody actually knows how he had died.

Topping the bizarre level of cults is this cult that originated in Taiwan. Founded by Hon-Ming Chen, the Chen Tao group was a “New Aged” UFO cult. Chen was a former professor who had claimed to be an athiest until he had joined several religious groups. He broke off one of the groups and then created his own. It wasnt until the early 90’s where he had decided to move to the US where he added elements such as cosmology, flying saucers, Christian motifs, prophecies and of course the “ever imminent approaching doomsday” and thus, creating something entirely bizarre. In Taiwan, the group officially registered as “The Chinese Soul Light Research Association” and then changed its name in the US as “God’s Salvation Church”. Chen and his followers believed that the earth went through 5 tribulations where it went back to the age of dinosaurs. Each tribulations were survived by beings who had lived in North America who was also rescued by God in a flying saucer. They also believed that the solar system was created by a nuclear war. In 1997, Chen predicted that on the 31st of March, 1998 God would be seen on a single television channel all across North America. Mind you, here comes the best part, the group was said to had moved to Garland, Texas because the name sounded like “God Land.” Just to see this appearence on TV.

Surprisingly, the long awaited appearance never happened. Chen then announced that he had misunderstood God’s plans. No worries Chen! clearly a mistake many of us make time to time. It was reported that Chen had offered to be stoned or crucified for the event, but no one really took him up on that offer.  The existence of the group is still uncertain as the group lost many members after the failed prophecies.