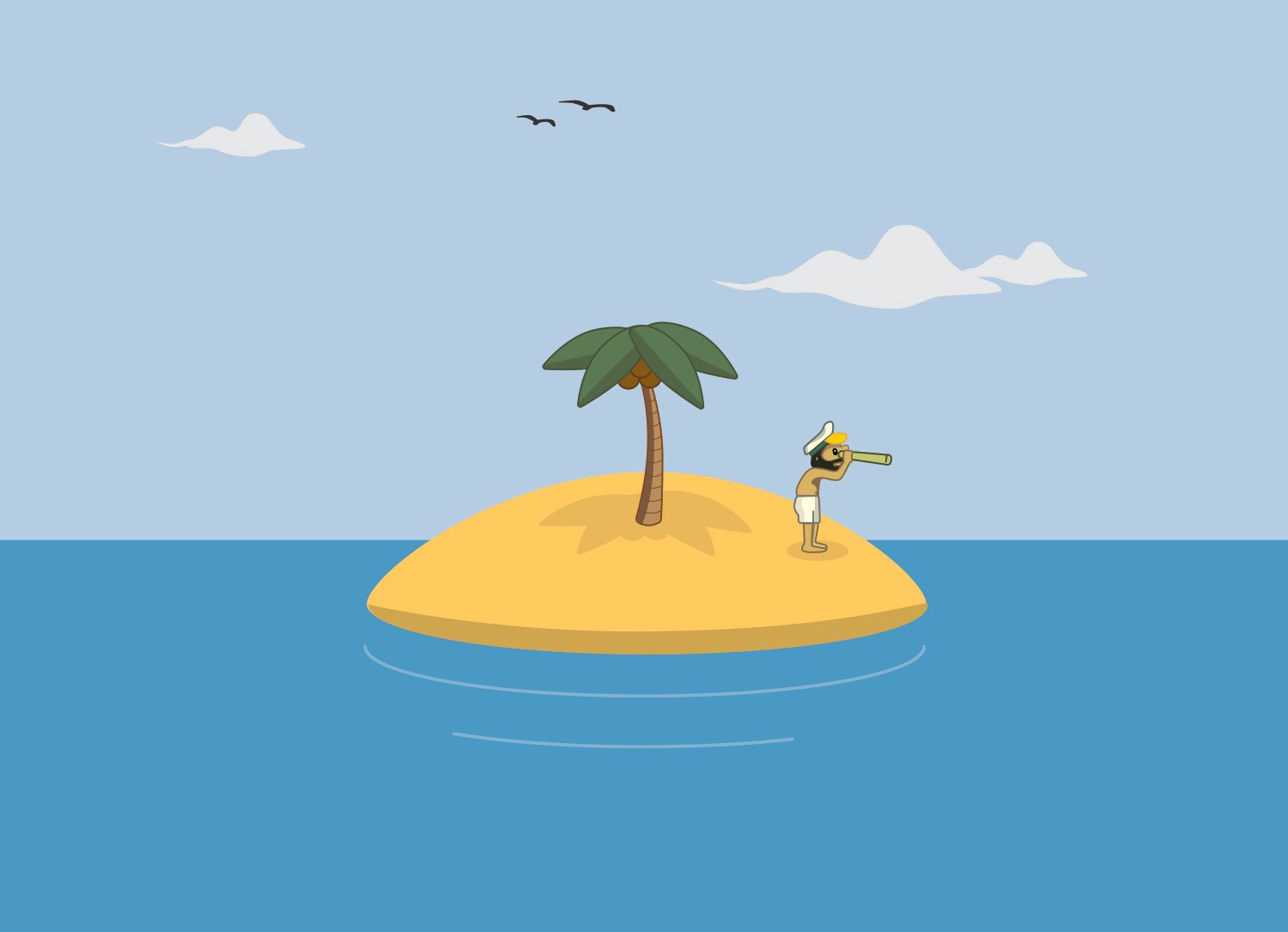 I have lived on a small Island for most of my life. I was born there and lived there until very recently. About 6 months ago I moved to The Netherlands “the land of opportunities” according to people on my Island. After moving away, I started to realize how different it is to live on an Island. The lifestyle I was now living was very much different to the lifestyle I lived back on Aruba. In addition to this I slowly started realizing that it wasn’t only the lifestyle that was different, but the people, the culture, and the mentality. They call it Island mentality. So, I am here to shine a bit of light on the subject of living on an Island through my eyes. The good, the bad and the ugly.

Childhood, we were savages.

Firstly, I am going to start with the good. I want to slowly build it up because things get very interesting. So, let’s start with childhood. Not only my childhood but how most of us grew up on this tiny Island. Most of us grew up next to a “Mondi”, this word doesn’t have a specific translation but it’s basically a really ugly dried up forest with lots of cacti and dried up trees. If it was the weekend we would spend the whole day outside. Chasing lizards or chickens (I told you we were savages) and exploring the “Mondi”. We barely ever wore shoes and our feet were so used to the extremely hot sand that we didn’t even flinch. I can say these times were very simple. We would make kites out of dried up cactus and plastic bags. We would ride our bikes to the closest supermarket to get popsicles. We played soccer outside and as soon as we saw the street lights turn on we would have to run back home. When we took showers, the floors would turn brown of all the dirt we have accumulated during the day. This childhood made me appreciate what it was like to live a simple life.

The beach is right there: The “chill” lifestyle Growing up on an island has made me the laid back and relaxed person that I am today. This is great for handling stressful situations. A really big difference that I have noticed since moving to a big city is that everything here is so fast paced and if you want to succeed there is no time for “relaxing”. Being on time here is a priority and if you don’t keep up things will change and leave you behind in a blink of an eye. On a small island, it’s very different. Things change slowly and everything is much more relaxed. Being late is never a problem, most people are always late. Being on time just means that you are probably early. Shorts and flip-flops are how most of us walk around and getting dressed up before you leave your house is not a necessity. People sure dress up fancy in the city. I used my study breaks very wisely. Spending 30 minutes on the beach in the warm sun is all I needed to re-energize myself for the next few hours of studying. There a great variety of many ethnicities and culture when it comes to the melting pot known as Aruba. Not in a bad way of course! The Island is fortunate enough to be one of the few places I know where it is simply untouched by the whole PC controversy that is going on around the world. I mean for christ’s sake, the locals refer to the Chinese supermarket owners as “Chinos” and nobody will bat an eye. We all refer to a person simply by their nationality or color without even having an ounce of superiority over that said person because it is so normal to do so… engraved within our culture if I may say so. In all honesty, I think growing up here has really made me more cultured than a liberal arts book. (Not bashing any liberal arts students).

Even though I have a lot of positive things to say about living on a small Island, there are also a few negatives that people try to brush off. When you’re talking to someone who grew up on a small Island they will probably leave these negatives out. Firstly, let’s start off with the gossip. When you live on such a small Island gossip becomes a reoccurring problem. Most people on the Island know each other. This means that you better not mess up or do something out of the ordinary because within 12 hours most people on the island will find out. Gossip travels faster than The Flash. When people don’t really like you as a person more eyes will be on you. People are going to observe every single thing you are doing and they will be waiting for the moment you mess up. The gossip is even stronger in your own family. People who have bigger families will encounter this very often. Your own family will gossip about you and trust me your own family is the most brutal with their comments. Secondly, it is very easy for fake news to travel around. It all starts with somebody saying something that is false to someone who believes them. The fake news will travel through the whole island and most people won’t even care to check if it’s true or false. Let me tell you, people on my Island are very opinionated and they will always have something to say about everything. Gossip is something that will never die on a small island. People love getting involved in another people’s business.

A beer is all you need Even though our slogan is “One Happy Island” I personally think they should change it to “One Drunken Island.” People love their alcohol here. That might sound like a good time, but when a huge number of people are serious alcoholics it starts to become a problem. When you drive by a supermarket on a Friday, Saturday or even Sunday night you will always find people drinking outside. Who am I kidding, even on weekdays you will see that. People usually spend most of their paychecks on beer. Alcohol is so normal it’s like drinking water. Families struggle with abusive alcoholic parents and things can get very dark. This problem is reoccurring because we made alcohol a very normal everyday thing. A lot of people start drinking from a really young age. Even a 10-year-old can get a drink at a bar. No one will ask you for ID or even question you. People will more likely question you if you’re not holding a beer. So, cheers to the island mentality.

Connections is all you need You can be the most highly educated person on the Island, but if you don’t have any sort of connection you will most likely not succeed. The reason for this is that being on a small Island is like being on a huge spider web. Everything is somehow connected. If your friend or acquaintance knows someone in a business, that is enough to get you recommended or even immediately hired. Businesses will take recommendations given to them instead of going through many resumes. This means if you don’t have an adequate diploma, but you have a connection you will still have a higher chance of succeeding than someone who doesn’t have any connections. These connections are not only business related. Let’s say you got arrested and you or someone in your family knows someone in the police force. You can easily get bailed out without even facing any consequences. In addition to this, a lot of people help out with campaigns during election season just so they can build a connection. This means that when they need a permit or any kind of legal favor they can go and suck up to the politician they helped out during election season. If you want to make money fast with barely any effort then this is the job for you! Move to my Island and be as corrupt as you want. You’ll get caught, but people will just brush it off and you can continue to do whatever you were doing. It’s so easy to join the government, you don’t even need an adequate diploma to do so. Seriously, being a corrupt politician is made easy here. These people steal money, get caught and don’t get any punishment. This has been a rising topic of conversation. More and more people on the island are aware of the corruption that goes on in the government, but somehow there is nothing being done to change this. Taxation is on a rise and people on the island are angry, but I guess not enough people. There has been proof of all of this over and over again, but no action. This is one of the more serious topics. I will try to explain to you this outrageous topic as brief as I can. There have been too many crimes that have been gone unpunished or that have been lightly punished. The justice system in Aruba is something that I will never be able to understand completely. 2017 had a very rough ending. Two small children were murdered by their step-dad. Everyone on the island was outraged. When it came to sentencing, the man got less than 2 years. There has been countless of cases very similar to this one. They say that the justice system will improve, but I doubt it will be anytime soon.

Even though there might be a lot of negatives when it comes to living on a small Island, the good will always be there. I am thankful for everything I have experienced. I have learned to appreciate the little things a lot more. The Island mentality will always stay the same. I guess that is just part of it. I am forever grateful to everyone back on my island. I am also very grateful to have gotten an opportunity to experience something else and to leave the island mentality behind. This is living on an island through my eyes. My love for my Island will always stay the same.