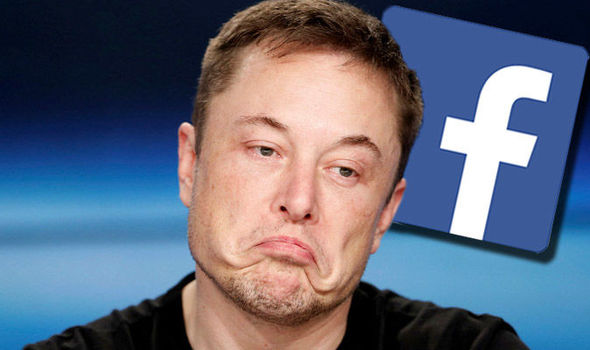 Facebook’s data breach has been the centre of attention for the last few days now. #deletefacebook has been all over Twitter over the past week and continues to dominate talking points all over the world. It was also caught up with two very big named CEO’s. Brian Acton, the Co-founder of WhatsApp – (who itself is a Facebook property when it was sold to the company for about $19 billion in 2014), tweeted the following:

Elon Musk apparently was not aware about his own company’s presence on Facebook, until the SpaceX and Tesla CEO responded to a tweet calling him out to delete the pages in regards to the sudden boycott Facebook movement.

I didn’t realize there was one. Will do.

Musk responded to the comments and in less than 20 minutes, he had taken down pages he didn’t even know he had. Both SpaceX and Tesla Facebook pages had over 2.6 million Likes and Follows, and very high engagement rates with the audience. Musk’s big statement on Facebook comes on what might just be one of the worst weeks for the social media company. Over the week, it was leaked that Cambridge Analytica (a consulting firm that closely works with data, and apparently also with United States president Donald Trump’s election campaign), had unethically gathered data from about 50 million Facebook users. People all over the world have then showed concern over the disregard for their private information. It was reported that Mark Zuckerberg had lost an estimated $5 billion in a matter of hours over the situation. On early Monday this week, politicians in the United States and the United Kingdom heavily criticized Facebook and demanded Zuckerberg to provide more explaination.

After proving in fact that he really is “the man” on Twitter, in another tweet, Musk wrote about using Instagram and that how he believes that the social media was “borderline” since Facebook’s “influence” is “slowly creeping in”, despite Instagram being owned by Facebook. Only a matter of time until both SpaceX and Tesla’s social media managers will have to go and find other platforms.